An adaptive headlamp acts as an active safety feature that enhances the field of vision in night driving and allows the driver to clearly see around the corners or far into the distance. It is a broad term used to describe a variety of features and the enabling technologies. A very primitive version of headlamps appeared first on a 1960s Citroën DS; Citroen developed quad-headlights using mechanical systems, wherein the inner pair of lights swiveled with the front wheels, enabling them to see around the corners.

Below is a road map of the adaptive headlamp system, showcasing the evolution of technology and additional functionalities they are bringing to the vehicle.

In 2013, Audi released the A8 that came with Matrix LED headlamp that was one step ahead of the current adaptive headlamp technology. While increasing the safety for the driver and pedestrians, the company developed a more robust and precise lighting system with added functionalities. The headlight would not only assist in illuminating side roads while parking but also reduce the glare from the oncoming traffic and allow the driver to keep the high beams ON at all times.

Technological advancements have paved the way for digitalization in the field of automotive lighting; however, this is just the beginning of a rapid transformation wherein headlamps will take up new responsibilities and deliver new functionalities, owing to broader changes in mobility.

Advancements are not the sole criteria for the adoption of new technologies; regulations and policies play a major role in technology adoption, particularly for safety-critical components, such as headlights.

Regulations for adaptive headlamps have been a major hurdle, particularly in the US, where headlights with changing beam patterns are not allowed to be used for night driving. European vehicles, on the other hand, can be equipped with Adaptive Driving Beam (ADB) headlamps, thereby increasing roadway lighting by as much as 86% (compared to the US low beam). ADB headlamps allow drivers to use high beams for the maximum amount of time without blinding the oncoming drivers.

While the ADB technology is currently in use in other markets, its application in the US has been hindered owing to regulations on all automotive lighting, signaling, and reflective devices, defined in the Federal Motor Vehicle Safety Standard (FMVSS) No. 108, an equipment standard dating to 1967. The rule also regulates the way headlights should put out the light, in addition to where they must be located on a vehicle. The National Highway Traffic Safety Administration (NHTSA) amended this standard (about 41 years ago) to allow for brighter high-beam lights, as well as other changes to reduce glare from oncoming vehicles.

However, after years of pleading from global automakers, NHTSA has announced (October 2018) that it is considering a major change to the long-standing rules that govern automobile headlamps.

Autonomy – A Reason for Change in Purpose!

The emergence of autonomous vehicles would revolutionize the automotive industry. Automotive players (and many outsiders) are focused on perfecting the science and art of autonomy, from sensors to ICs to algorithms; everything is aimed at achieving high autonomy levels. Autonomous vehicles, being driver less, further brings the purpose of headlamps in vehicles at a standpoint wherein the use of exterior lighting is questioned. 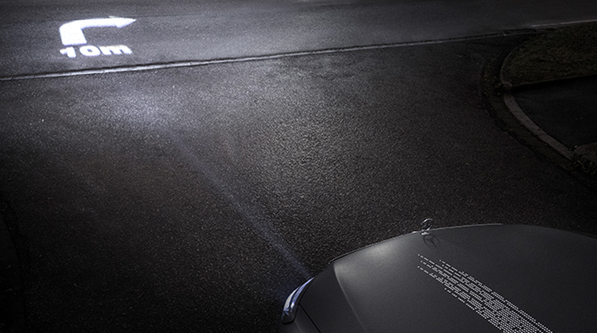 As quoted by ZKW, one of the leading companies in developing automotive headlamps, “the role of light will be fundamentally different for self-driving vehicles than it is today: Vehicles no longer need to light up the street to provide good visibility. Instead, light will serve much more as communication with non-autonomous vehicles.” In addition, a recent test at the Ford Motor Company’s Arizona Proving Ground demonstrated the Ford Focus’s ability to use LiDAR sensor technology and 3D maps to drive in the dark without headlights. However, as per FutureBridge, sensors like cameras are essential for autonomous vehicles and will need illumination that will mostly be provided by headlamps.

The purpose of headlamps would broaden from providing visibility to the driver at night to communicating with its surrounding environment (including other vehicles, pedestrians, cyclists, etc.).

Several concepts are emerging: A virtual crosswalk is just one of the many potential applications of next-generation automotive front lighting systems; others include indicating an intention to turn by projecting illuminated arrows on the street. Similar solutions can warn of opening doors, fast braking procedures, or indicate that the car is in the reverse mode. This is how digital vehicles can communicate with analog pedestrians. Headlights will brighten up the vehicle’s surroundings, reacting to different weather and lighting condition.

A new possibility is arising due to the need for maintaining the aesthetics of level 3/4/5 autonomous vehicles with a large number of sensors. A case can be made for integrating sensors in headlamps, as stated below:Sensors integrated with headlamps will not disturb the aesthetics and aerodynamics of the vehicle body.

A number of headlamp suppliers such as Koito, Magneti Marelli, etc., have presented their prototypes and ideas of integrating LiDARs into headlamps that will help achieve a high-level autonomy. Magneti Marelli’s Smart Corner Module named as CES® 2019 Innovation Awards Honoree in the vehicle intelligence and self-driving technology category is a high-resolution headlamp using Digital Light Processing (DLP) technology with 1.3 million pixels. It uses light as a perception and communication tool by integrating camera, radar, and LiDAR. Koito, on the other hand, is partnering with LiDAR companies, such as Quanergy, Cepton, and Blickfeld, for integrating its LiDAR products into headlamps, expecting to function interactively with Advanced Driver Assistance System (ADAS) or autonomous driving technology.

Even before the full autonomy hits, there may be features in and around low-level autonomy that will require smarter headlamps. Projecting symbols for navigation, communication, greetings, etc., are some of the advanced features, to name a few. Such headlights will consist of thousands (and even millions) of pixels, for which control is rather difficult and inefficient with traditional hardware/software. 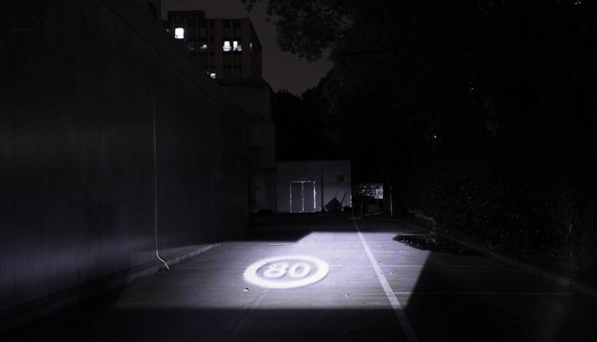 Machine Learning is being pursued by players, namely, Hasco and Koito, for controlling headlights.

Koito Group’s Adaptive Driving Beam (ADB) headlights, a technology where the high beam is perpetually actuated until oncoming traffic is detected, will be supported by artificial intelligence supplied by Reality AI. This new concept will make use of artificial intelligence to enable much higher beam resolution, as well as reduce false positives.

Dr. Xin Li, a professor of electrical and computer engineering at the Duke University and Duke Kunshan University, is working with Hasco to make use of machine learning and artificial intelligence to create headlights that can control each pixel individually and automatically light up different areas in front of the car after recognizing the surrounding environment. The main challenge for headlights is not about making different patterns; rather, it is to teach a car how to recognize the surrounding environment and make patterns on its own after recognizing.

With the ADAS technology and other aesthetic features, advancements in headlamps are picking up pace. However, once autonomy is realized and adopted, such capabilities in headlights become more and more critical. As there is no driver, the vehicle has to execute the following tasks:

There can be many more functionalities that can be delivered through headlamps in autonomous / shared vehicle scenario. For communication, of course, there are other means, but projection on roads seems a better alternative as compared to having a screen on the vehicle. 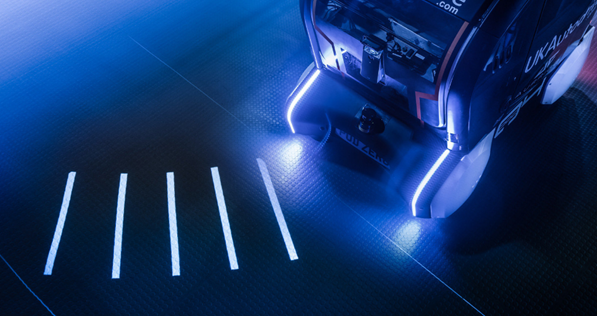 In the present scenario, headlamps are being developed with a number of functionalities. Headlamps can do more than just projecting light on the road for night driving. They encompass the ability to move according to the road ahead, increase or decrease the light intensity according to traffic, selectively darken sections of light for a glare-free beam to the oncoming vehicles, and project symbols as well as animations, among several other functions.

Next-generation headlamps are expected to be brighter, better-controlled, and intelligent, serving varied purposes. They would no longer be a static, passive, and compulsory component to be present in the vehicle, but will transition into a highly dynamic, engaging, and elegant body part of future vehicles, whether it may be autonomous or human-driven.

Headlamp suppliers need to push innovation, so as to have the above-mentioned functionalities delivered through headlights – making it a standard/common approach. This would eventually increase suppliers’ market value as well as ensure the relevance of headlamps for being present in automobiles in the near future.