Consumer awareness regarding the impact of meat consumption on health and the environment has fueled plant-based product consumption by different consumer groups that include vegans, vegetarians, and flexitarians. A flexitarian is a person who eats mainly vegetarian food but eats meat occasionally, and this article focuses on flexitarian consumer perceptions and eating habits.

A. Consumer perception of plant-based foods

Based on the consumer’s diet intention, different researches, companies, and organizations have defined veganism. According to the Cambridge dictionary, enlisted below are definitions for the eating habits

There has been a steady rise in the percentage of flexitarians who have shifted towards plant-based foods and occasionally eat meat. The majority of meat-eating consumers are shifting towards the consumption of plant-based foods because:

However, taste, cost, convenience, and health are the motivators of food choices.

According to a survey conducted by the International Food Information Council (IFIC) on food-purchase drivers among representative 1,012 U.S. residents (IFIC, 2019),  observations were:

An experiment conducted by Malone and Lusk (2017) demonstrated similar results. The research concluded that consumers are willing to pay more for conventional meat’s health and safety, but they would pay a comparable price to improve the taste.

B. Sources of proteins for flexitarians

Flexitarian’s diet comprises of both plant-based food and occasional consumption of meat. So the nutritional requirements of a flexitarian consumer are met from both meat/animal proteins and plant proteins. 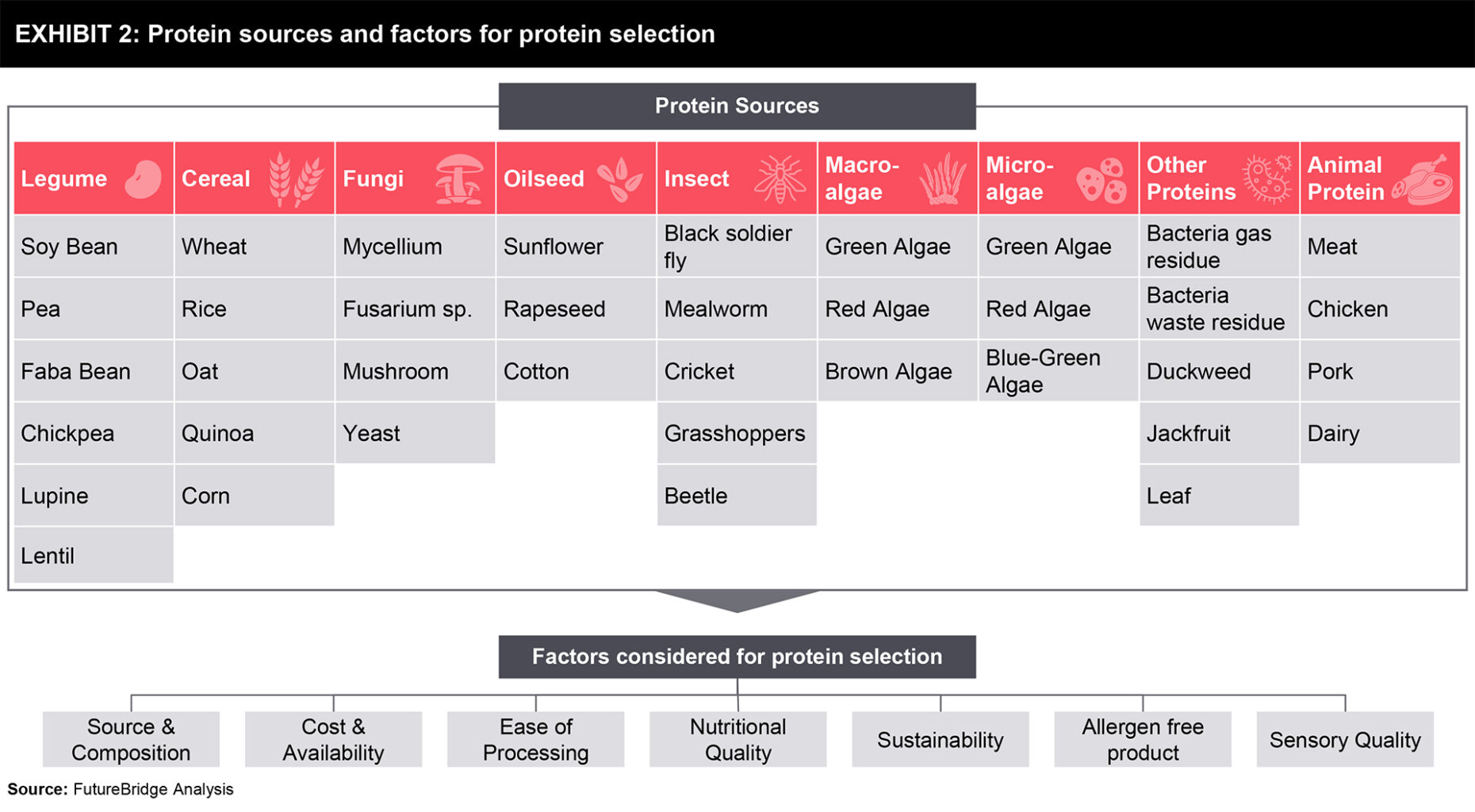 C. Trendsetters in the segment

Introducing meat alternatives that include different proteins – legumes, cereals, algae, microbial, insects, and others listed in Exhibit 2 helps cater to the flexitarian segment. The factors that the trendsetters in the segment are deliberating include:

Listed in Exhibit 3 are a few trendsetting entities in the segment, which include Beyond Meat, Impossible Foods, Chick.P, Hooked, Fazenda Futuro, Michroma, Nature’s Fynd, and Solar Foods. 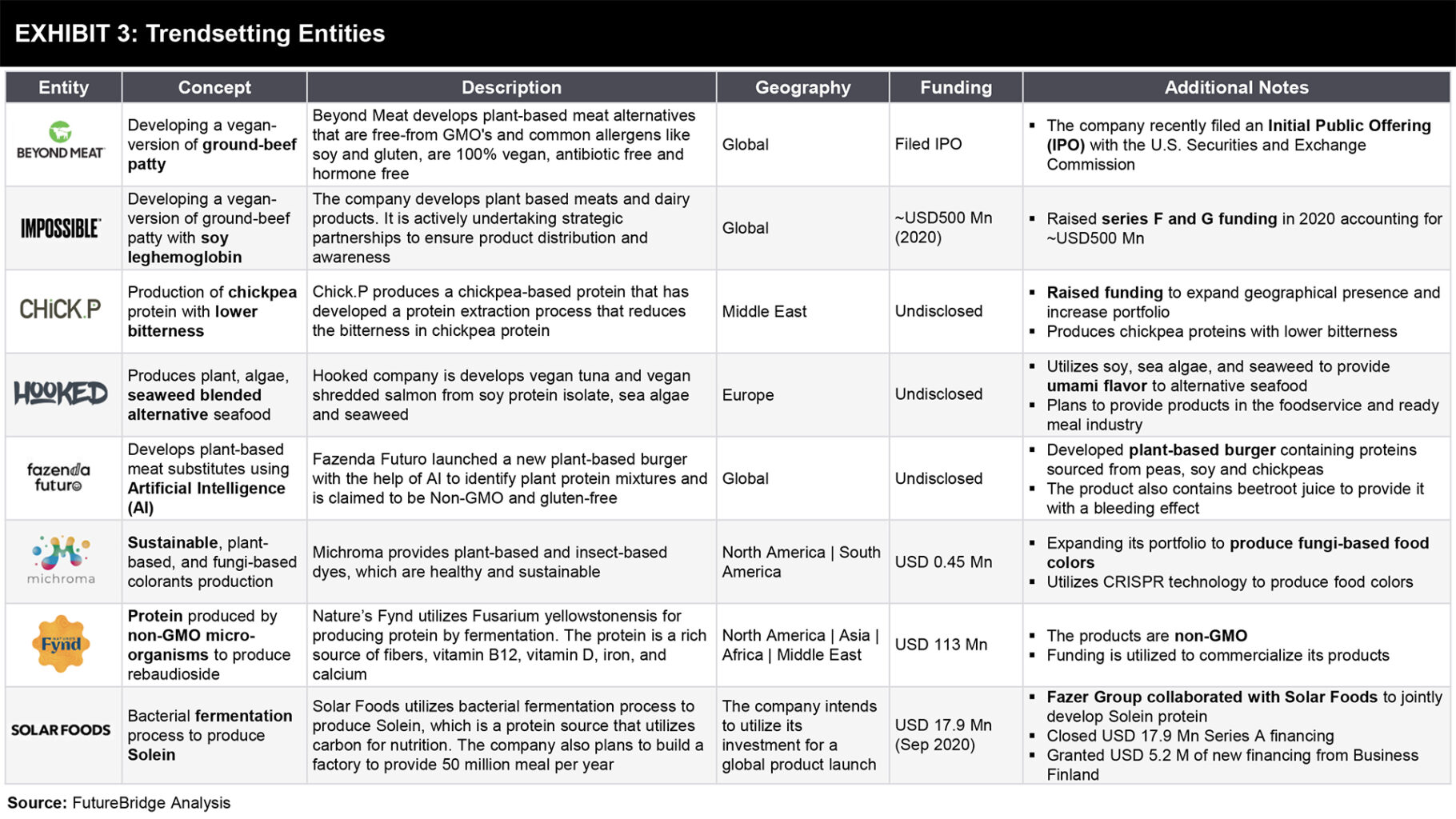