In the Media > Are Chickpeas the Next Big Thing in Plant Protein?

Are Chickpeas the Next Big Thing in Plant Protein?

Chickpea protein looks set to take off, as plant protein specialists look beyond the most commonly used options for meat analogues and more.

According to Dutch market research organisation FutureBridge, the plant protein market is on track to reach a value of $10.8 billion by 2022, with a CAGR of 6.7%, but demand for more sustainable ingredient sourcing, better nutritional profiles and more neutral flavour is likely to push manufacturers to explore innovative plant proteins other than those from soy, wheat and pea. Chickpea is emerging as a leading alternative. 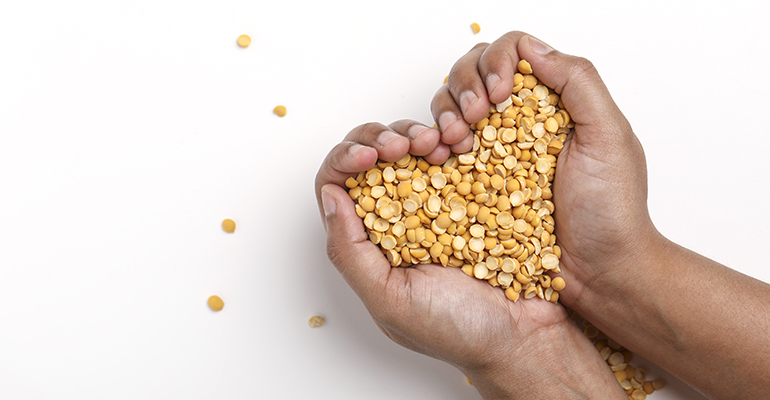 Protein-rich chickpea flour hits many current trends, including plant-based and clean label, making it particularly attractive to investors. Israeli food tech startup InnovoPro has just closed a $15 million series B funding round to boost production of its 70% chickpea protein concentrate, which is already used in a handful of products in Europe, Israel and the United States. Other companies in the chickpea protein sector include fellow Israeli company ChickP, which produces 90% protein isolates intended for use in dairy alternatives, as well as US-based Nutriati and Cambridge Commodities ProEarth.

Benefits of chickpeas include their allergen-free credentials compared to other popular options like soy and wheat, their high protein content and neutral flavour, their versatility for use in products like baked goods, snacks and cereals, as well as existing consumer acceptance of chickpeas as a food ingredient.

They also have a very good nutritional profile. Banza Pasta, for instance, is a pasta brand that uses chickpeas instead of wheat flour. It boasts nearly double the protein and three times the fibre of regular pasta – and is the fastest growing pasta brand in the United States. And chickpea protein may also hold significant potential in the sports nutrition segment after researchers found the digestibility of its lysine and proline amino acids was higher in extruded chickpea than in yellow pea.

In addition, brands like Hippeas and Biena Snacks have emerged using chickpeas in snack products, Rule Breaker produces brownies and blondies with chickpea flour, and Neat Foods makes a range of products with chickpea ingredients, including egg replacers, meat analogues and baking mixes. Supplier Nutriati has even suggested that chickpea protein could be used in ice cream, among other products.

For now, however, use of chickpea protein remains limited as none of the major plant protein suppliers produces chickpeas on a commercial scale, despite them being widely grown at relatively low cost. InnovoPro is among a very few early movers in the sector, which could give it a market advantage as it aims to boost production, especially at a time when food manufacturers are just beginning to appreciate all the humble chickpea has to offer.