Home In Search of a Grand Strategy: Hydrogen Economy

In Search of a Grand Strategy: Hydrogen Economy

Listen to this Article

mins | This voice is AI generated.

The interest to develop a hydrogen economy on a scale was perceived a few decades back in the 1970s and 80’s due to the undesirable impacts of emissions from hydrocarbon fuels. This idea was only strengthened in the early 2000s and a renewed interest continued to draw attention from commercial players and academia alike.

The demand for hydrogen continues to rise almost entirely supplied from fossil fuels (grey hydrogen). As of 2019, hydrogen is mainly used as an industrial feedstock, primarily for the production of ammonia and methanol, as well as in petroleum refining. 74 million tons of hydrogen production in 2019 utilized a share of 6% of global natural gas and 2% of global coal. More than 95% of this is produced by steam methane reforming (SMR) utilizing natural gas that releases carbon dioxide. As a consequence, this activity alone is responsible for around 830 million tonnes of carbon dioxide emissions per year.

The quests for alternative methods of hydrogen production were in development for a while now. The use of renewable energy sources to split hydrogen from the water molecules (green hydrogen) is coming up as a potentially most attractive opportunity. As of now, small amounts of hydrogen (5%) are produced by the dedicated production of hydrogen from water, usually as a by-product of the process of generating chlorine from seawater. While there is not enough cheap clean electricity for this hydrogen to become a significant part of the low-carbon economy, the efforts being taken on a global scale by governments are turning the tide in favor of this.

The scale of efforts after the 2015 Paris Agreement has further pushed the efforts to decarbonize hydrogen globally, especially with the formation of several alliances and consortia to promote it. This was in part due to supportive action from the governments. In this regard, several countries have launched their national hydrogen roadmaps and strategies to transition from grey to green hydrogen, produce clean hydrogen from renewables, and create hubs for production and export to global industrial clusters.

In the Asia-Pacific region, Japan and South Korea are looking to increase the use of hydrogen, partly through imports, while hydrogen exports will be characterized as a key part of the future economy in Australia and New Zealand are looking to make. South Korea has announced plans to invest $40 billion by 2040 as a part of its hydrogen economy through 5 million tons of hydrogen production per year, over 6 million fuel cell EVs, 15 GW of fuel cell power generation, among others. Japan intends to have a total annual procurement of 5-10 million tons that would require 15-30 GW in generation capacity. It had a roadmap in place as early as 2017.

While India was one of the earliest countries to launch efforts to scale hydrogen in the early 2000s, the recent National Hydrogen Mission places an action plan to achieve it. Major end-users are expected to be the transportation sector. China plans subsidies for fuel cell vehicles and encouraging hydrogen use in new sectors. The development of carbon capture and storage is at the forefront of hydrogen production in China via coal gasification. They have already announced investments of more than $17 billion through 2023. Currently, China produces a quarter of the world’s total hydrogen supply.

Australian strategy focuses on becoming a major global player in hydrogen by 2030 via the development of large-scale production and demand clusters in ports and cities, complemented by transport, industry, and gas distribution applications. Currently, it is already a leading example of increasing renewables in the grid and electric vehicles in transportation. 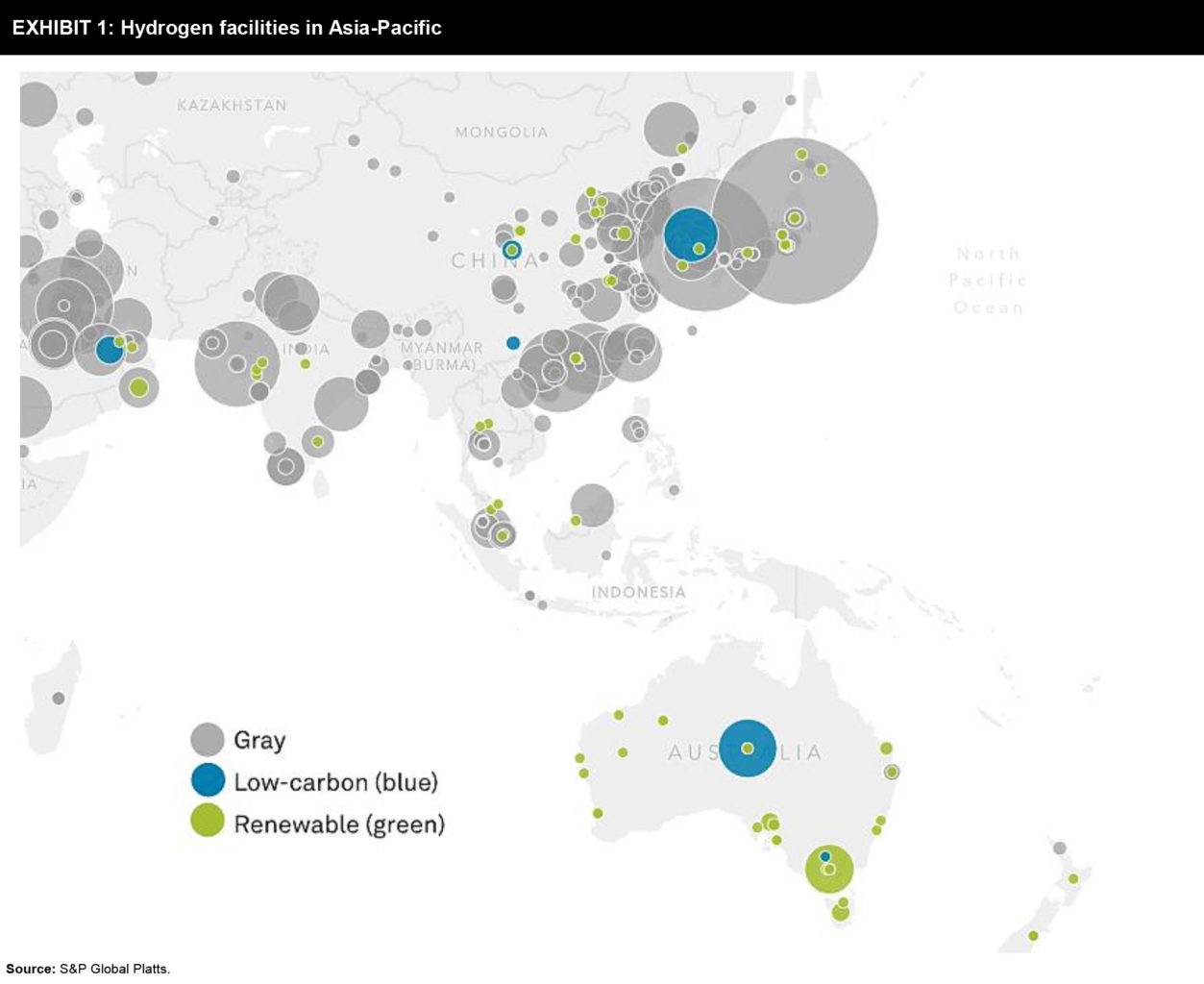 In the US no national hydrogen strategy exists, however, there is a ‘Roadmap to a US Hydrogen Economy’ in place supported by the Fuel Cell & Hydrogen Energy Association. It envisages an investment requirement of $8 billion annually and a demand of 17 million tons by 2030 and a potential demand scenario of 63 million tons by 2050. Transportation, followed by industrial feedstocks is expected to be the key end-users. The new Biden administration’s $2 trillion ‘Build Back Better’ plan would include funds to drive down costs in clean energy technologies including renewable hydrogen.

Canada plans to invest CAD$1.5 billion into a low-carbon and zero-emissions fuel fund that includes hydrogen. The strategy seeks to deliver as much as 30% of Canada’s energy in the form of hydrogen by 2050. It would produce more than 20 million tons annually of clean hydrogen at a price of CAD $1.50/kg to CAD $3.50/kg.

Chile has recently announced a dedicated national Green Hydrogen Roadmap. It targets to become one of the world’s leading exporters of green hydrogen by the end of 2030, with intermediate targets in 2025 as well, taking advantage of the country’s huge renewable potential. The government aims for 5 GW of electrolysis by 2025 and 25 GW by 2030, by which date exports of green hydrogen and derivatives could reach $2.5 billion annually. 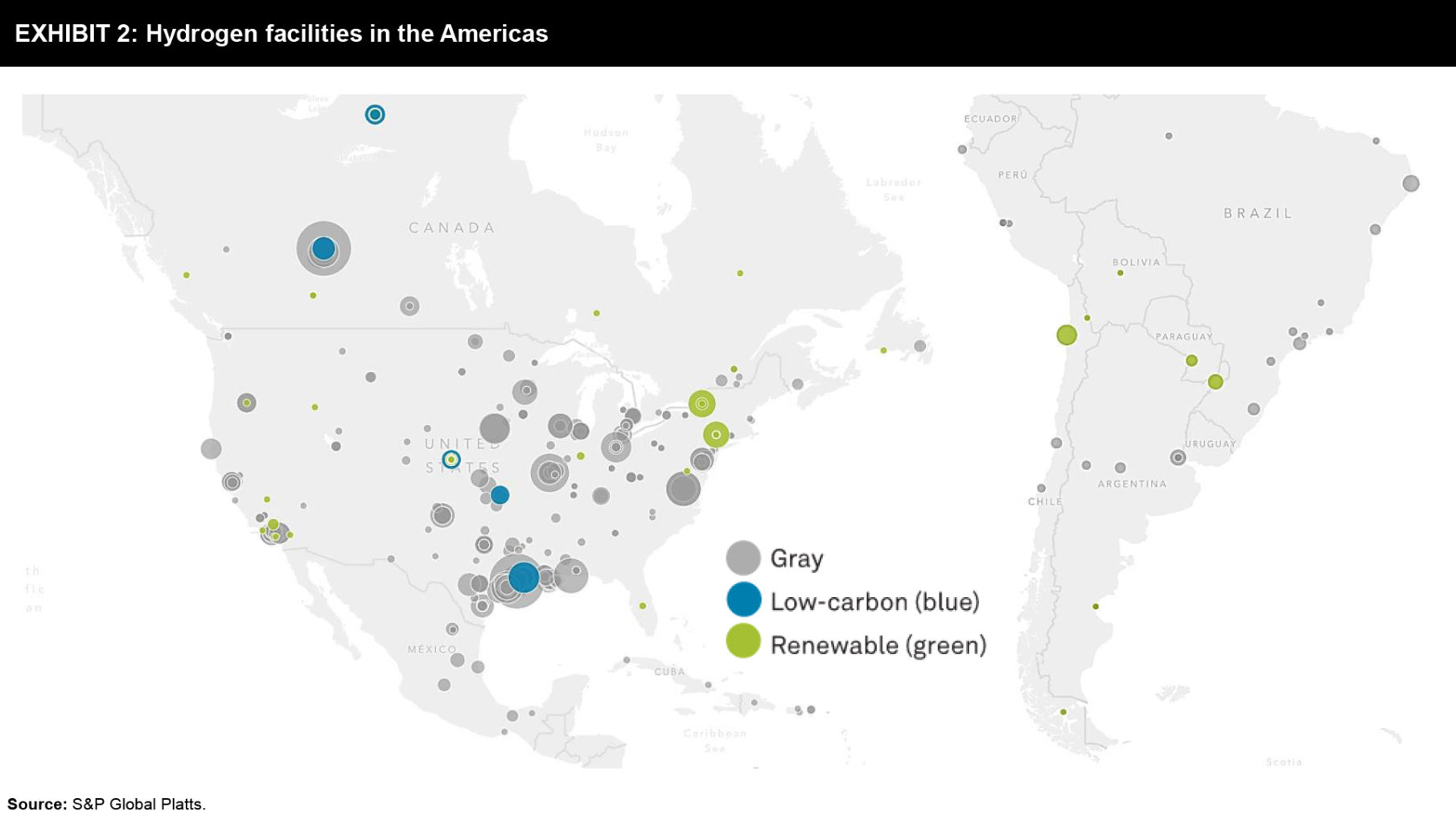 The European Commission released its Hydrogen Strategy establishing key targets of 6 GW electrolyzer capacity by 2024 and 40 GW by 2030. Under the EU’s €750 billion NextGenerationEU recovery plan, more than a third of funds are to finance goals set out in the European Green Deal, including those for clean hydrogen. Several European governments have released national strategies (many based on the assumption of support from EU funds).

France has a €7 billion plan for 6.5 GW electrolyzer capacity by 2030, with €2 billion available by 2021-22. Nearly 160 projects have applied for €32.5 billion investment support. With a major demand share from transportation, industries and buildings sector are expected to the other key end-use sectors. Onshore wind is expected to deliver the required energy supply followed by Solar PV.

Germany’s investment plans provide €9 billion, including €2 billion through international partnerships as a part of their strategy. Their targets are up to 5 GW of electrolyzer capacity by 2030, and another 5 GW by 2035 or 2040. Green hydrogen is the focus on Germany’s strategy, like that of the EU.

Spain targets 4 GW of electrolyzers by 2030, backed by Guarantees of Origin certificates and green hydrogen quotas for the industry. The private sector will mostly fund the plan, estimated at nearly €9 billion over 10 years time period.

While a strategy is due in Q2 2021 in the UK, the current draft outlines a 5 GW electrolyzer capacity target for sustainable hydrogen production by 2030. In addition, several incumbent green hydrogen producers in Europe are aggressively targeting a highly competitive price for green hydrogen by the end of the decade, to promote greater interest for engagement. 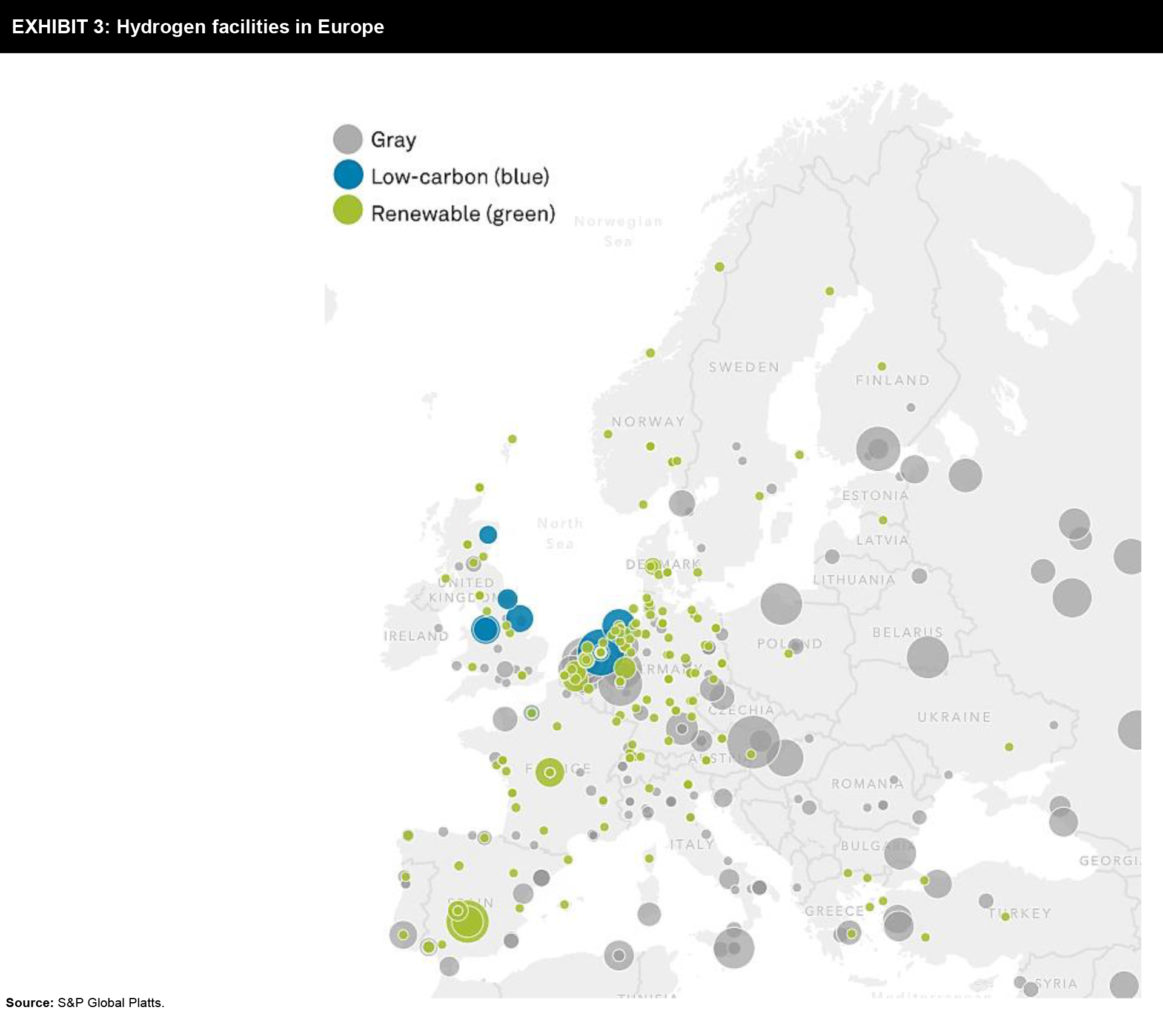 From the above, it can be seen that the efforts are in place globally and large-scale decarbonization of hydrogen has begun and therefore the strategy for supply is in place. From the demand side, while end-users have actively begun to investigate several questions which still need to be answered that can help them create a vision and an action plan for their respective organizations. Some of the key questions types can be the following:

Hydrogen is neither a silver bullet nor a Swiss army knife of energy. The decarbonization of hydrogen is a problem that has barely begun to be addressed at scale. The efforts to make a sustainable green hydrogen economy a reality have just gone in place. Therefore the time is right to go ahead to investigate and decide to be or not to be a part of one of the 21st century’s key solutions to address climate change.