Direct Air Capture: How Start-ups are Shaping the Decarbonized Future

Under the Paris Agreement, signed and implemented in 2016, Parties (nations) to the United Nations Framework Convention on Climate Change (UNFCCC) reached a landmark agreement to combat climate change by keeping a global temperature rise below 2 °C above pre-industrial levels, and undertake efforts to limit the temperature increase even further to 1.5 °C. Thus, achieving the 1.5–2°C global temperature moderation target implies a massive scaling of carbon dioxide removal technologies.
The momentum around Carbon Capture and Storage (CCS) has surged since the Paris Agreement, with increased funding and investment and public-private partnership in carbon capture technologies. CCS provides a platform to produce low-carbon electricity from fossil fuels. It aims to reduce carbon emissions from industrial processes, such as cement, iron & steel, and gas processing, wherein decarbonization options are limited. Although, the commercial implementation of CCS technologies requires high capital and operating costs, advanced carbon capture technology and carbon conversion & utilization can reduce the cost of the carbon capture process and translate captured CO2 into a value-added product, which, in turn, could significantly improve the economics of the CCS system. Hence, Direct Air Capture (DAC) could be a potential climate change mitigation solution as the captured CO2 can be used as feedstock/raw materials, either directly or indirectly by conversion, to produce several marketable products.

What is Direct Air Capture, and Why Does it Matter?

The concentration of CO2 in the Earth’s atmosphere is increasing at a rapid pace, thereby intensifying the need to develop various methods to bring the release of CO2 under control and mitigate the adverse effects of climate change. Multiple pathways have been suggested that incorporate different scenarios utilizing varying combinations of methods and technologies, including the capture of CO2 from the atmospheric air, to hold the increase in global temperature below 2°C. DAC involves a system, wherein air from the atmosphere flows over a contactor that selectively removes CO2 (refer Exhibit 1), which is later released as a concentrated stream for disposal/use, while the sorbent is regenerated, and the CO2-depleted air is returned to the atmosphere. The capture of CO2 from ambient air was first commercialized in the 1950s as a pre-treatment for cryogenic air separation. Dr. Klaus Lackner explored the large-scale capture of CO2 through DAC in 1999. 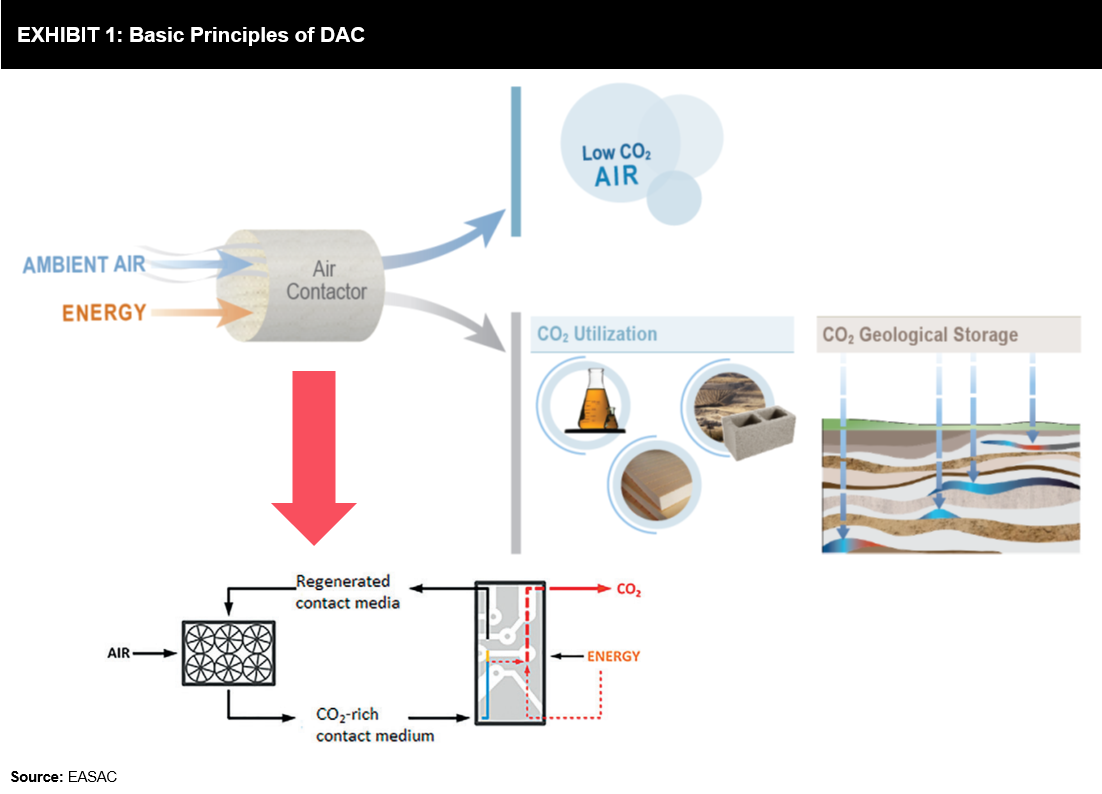 Direct air capture of carbon dioxide from the atmosphere is one of the several carbon removal strategies that may play a vital role in mitigating climate change and achieving the 1.5–2°C global temperature moderation target. Direct air capture of CO2, a pre-combustion carbon capture technology, could be revolutionary as the potential capacity for CO2 removal of DAC is more significant than any conventional carbon capture technology. DAC encompasses the potential to suck massive quantities of carbon dioxide out of the air, anywhere, at any time. It is reported that the large-scale deployment of DAC in the second half of the 21st century (scenarios of up to 38.3 GtCO2 (10.4 GtCO2) captured in 2100) may be promising to contribute to the 1.5 °C target.

What does Direct Air Capture have to do with the Captured CO2?

The captured CO2 can be converted into a wide variety of commercial products through the DAC route, such as chemical intermediates, polymers, synthetic fuels, building materials, beverage carbonation (fizzy drinks), food processing, welding, cleaning agent for textile and electronics industries, solvent (e.g., for the decaffeination of coffee and drinking-water abstraction), etc. Carbon conversion & utilization emerges as a practical alternative to divert CO2 from the transport & storage route; it is also strengthening the CCS supply chain. CO2-derived products and services such as fuels, building materials, chemical intermediates, and polymers are attracting significant global interest, and are considered as the near-term requirements to penetrate the market.

The figure represented below offers a detailed overview of various applications of the captured CO2. 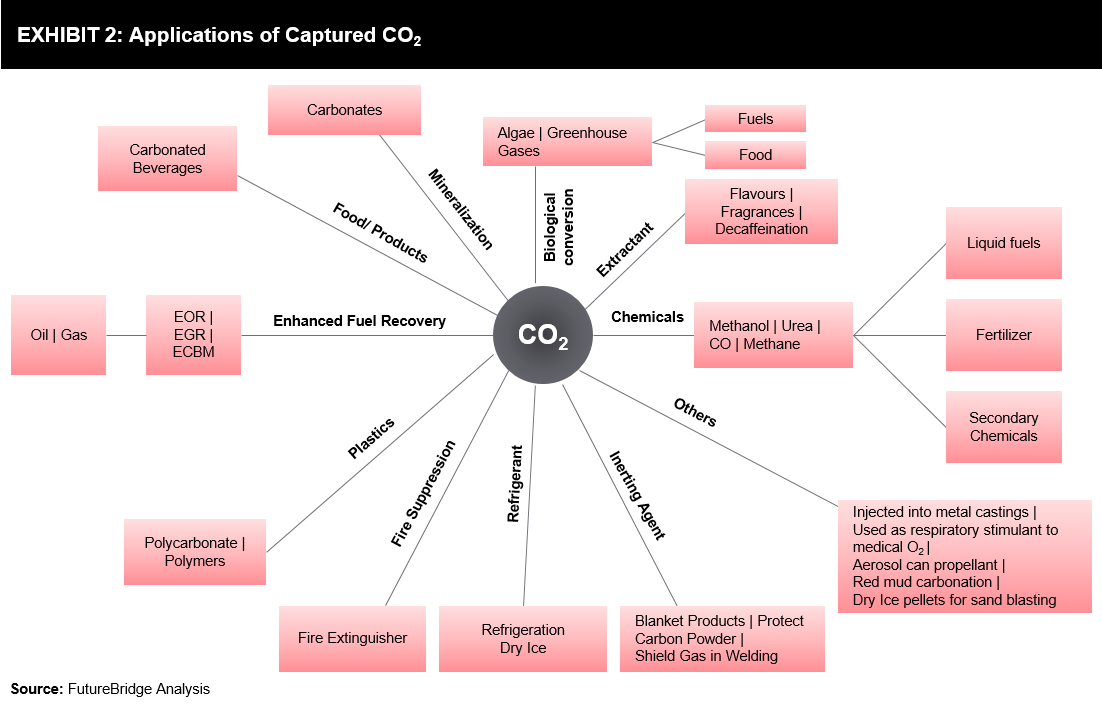 There are several CO2 utilization and conversion technologies, such as electrochemical, catalytic, biological, mineralization, photocatalytic, and photosynthetic processes. These technologies have the potential to provide opportunities for emission savings, increase in efficiency, and generation of revenue by producing marketable products. Several start-ups are exploring the use of captured CO2 to produce valuable and marketable products. In this article, start-ups working around the emerging CO2 utilization and conversion technologies with DAC are being highlighted. 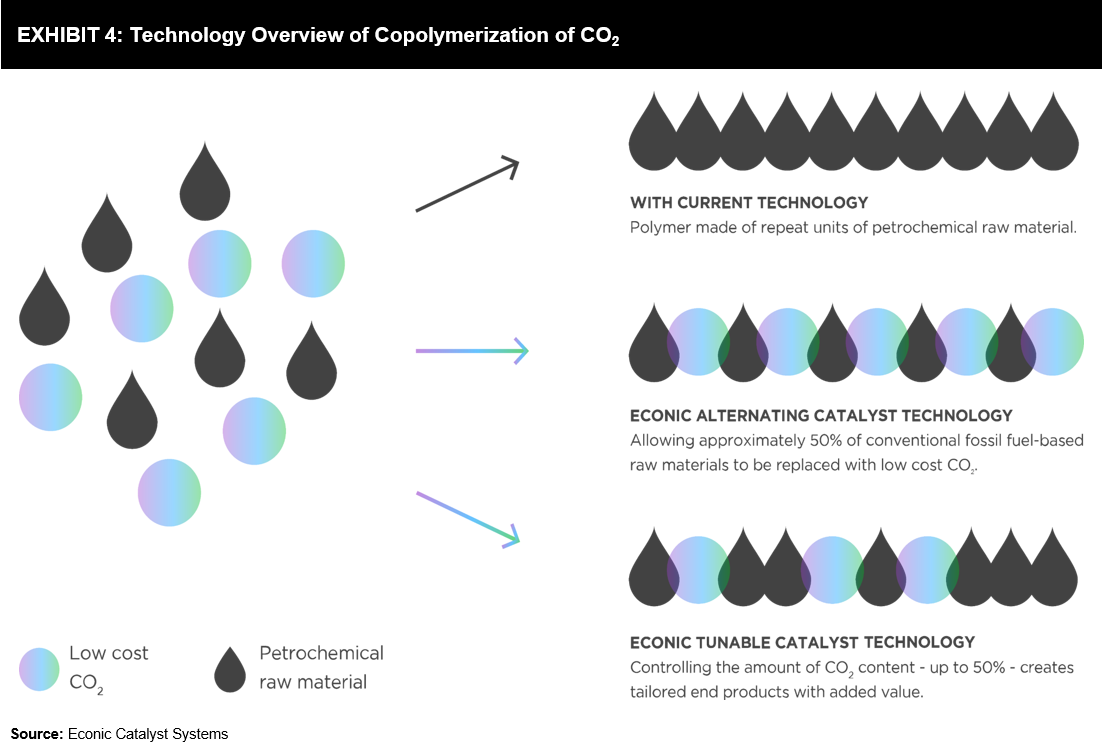 The electrochemical conversion of CO2 is one of the most promising ways to convert atmospheric CO2 into value-added chemicals. However, there are several limitations, such as finding an effective electrode for activation to overcome and achieve highly-efficient CO2 conversion performance. 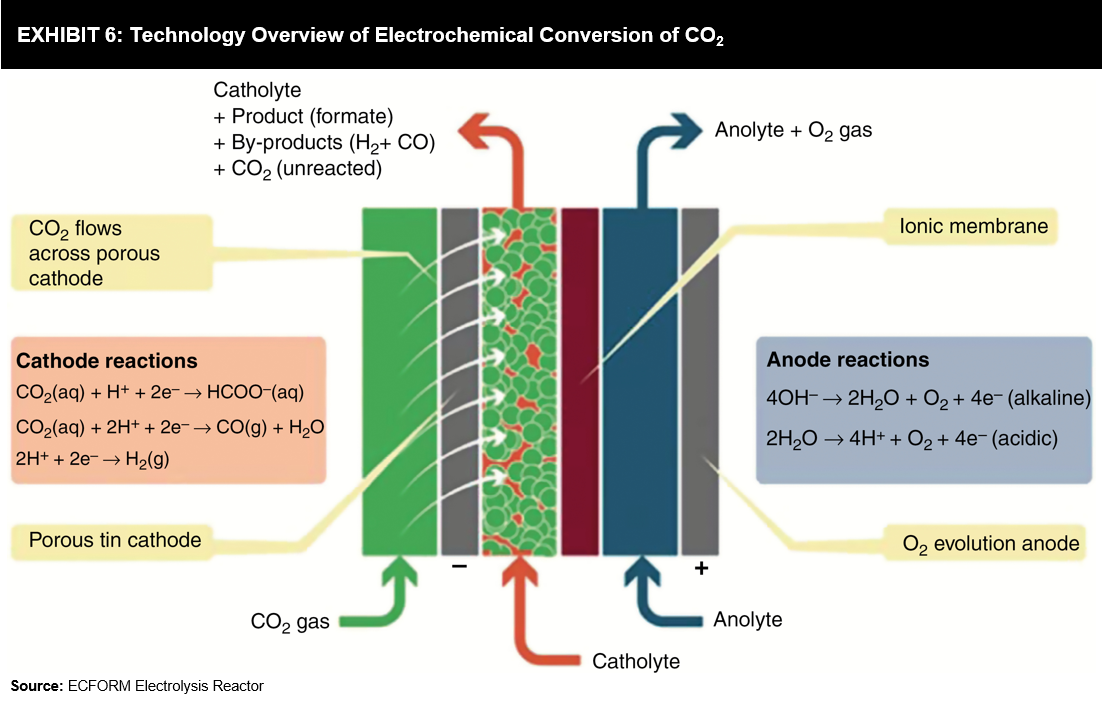 The development of technologies for producing construction/building materials through CO2 carbonation, such as CO2-cured concrete and accelerated carbonation of wastes for carbonated aggregate production, have been more advanced and several processes are being commercialized, as these technologies are easy to install or retrofit in the current production systems and are economically competitive.

Currently, extensive R&D is being carried out on the solar energy-driven conversion of CO2. The research is mainly focused on the development of efficient, selective, and stable photocatalysts for the conversion of CO2 into chemicals. 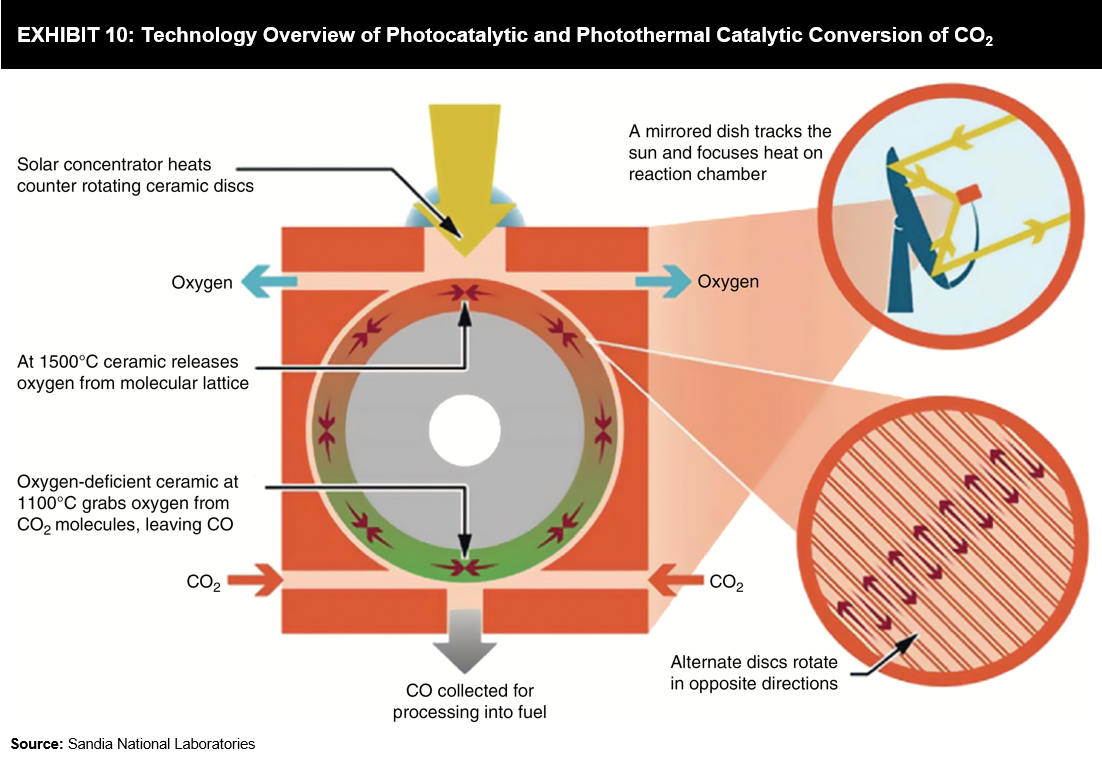 DAC is expected to play a vital role in decarbonization to achieve a carbon neutrality environment; however, without a clear understanding of the technology and player ecosystem in this space, even new entrants may face some hurdles. There is a need to address climate change issues and broaden the raw materials base for products that can be sold to generate economic revenue. Companies actively engaged in the DAC space are focused on chemical approaches that make use of either liquid solvents or solid sorbents. In addition to academic R&D, several players are developing and/or commercializing different variations of DAC. Moreover, the present commercial operation of DAC is focused on CO2 utilization instead of storage. R&D on utilization technologies is focused on developing applications/products that reduce GHG emissions on a large scale. A few of the major concerns with CO2 utilization are the quantity of CO2 that would be used is small as compared to the amount of CO2 being emitted, and the energy required to transform CO2 into the commercial product significantly reduces the net benefit.